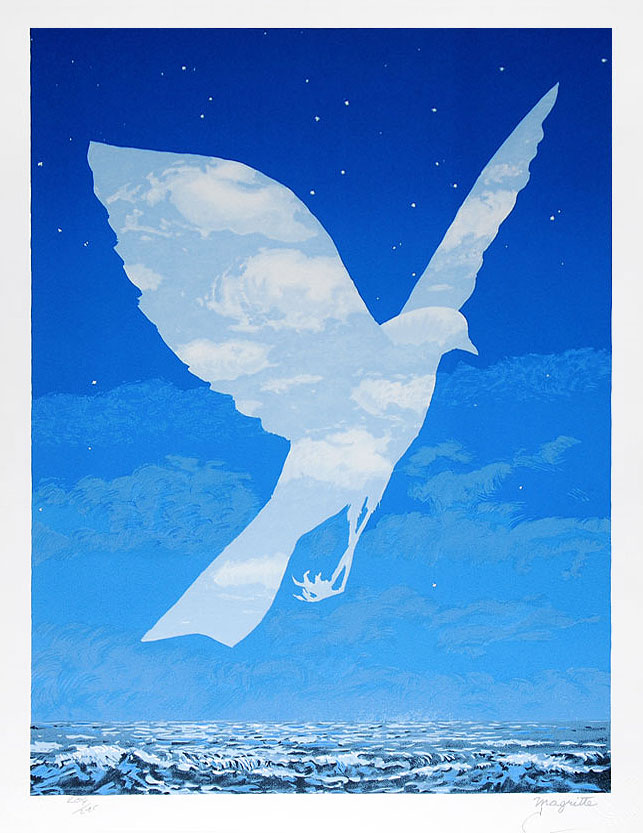 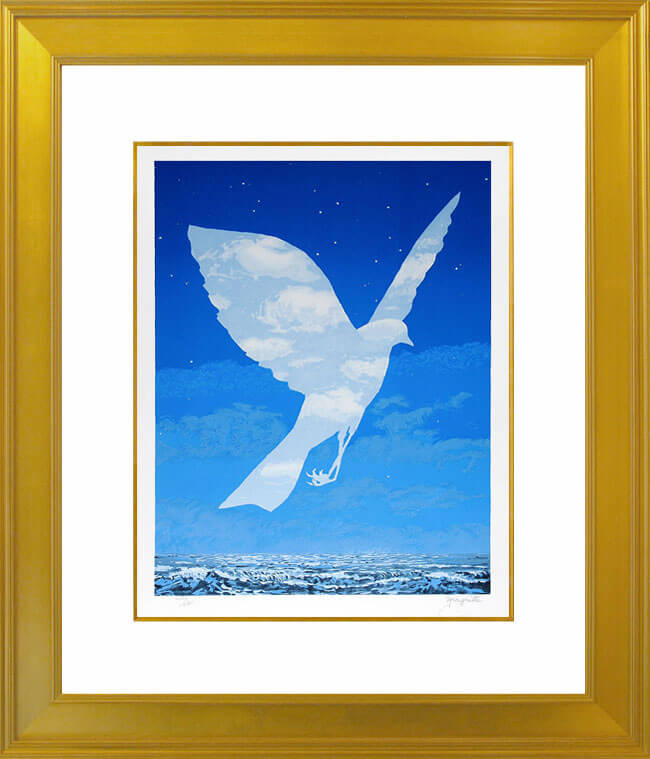 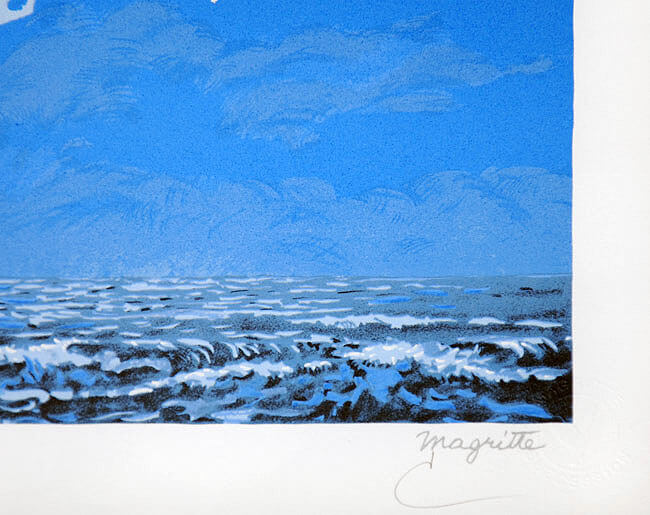 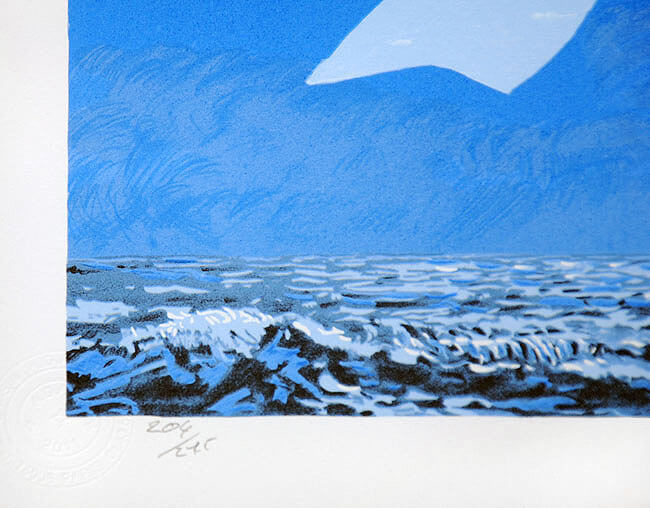 A stunning example of Magritte's method of 'elective affinities', in The Emergence, the bird is created out of the element in which it inhabits, the daytime sky. The bird is composed of a brilliant light blue sky dotted with soft, white clouds and is seen soaring in front of the breaking dawn. This bird is caught in motion with its wings spread wide appearing rather regal. Although caught in motion, It seems as if the bird is frozen in time. As the waves move steadily below the still bird, the viewer is left with a dreamlike interpretation of a multifaceted reality.

Created after the original oil painting with the same title of 1961 by René Magritte (1898-1967), this color lithograph was published and printed by Philippe Moreno, Paris in 2003. This work is signed ‘Magritte’ in fascimile in graphite color in the lower right margin, and signed in pencil in the lower left margin by the representative of ADAGP representing the Magritte Succession, Mr. Charly Hersovici. Numbered from the edition of 275 in pencil in the lower left margin.

Catalogue Raisonné & COA:
René Magritte L'entree en scene (The emergence) is fully documented and referenced in the below catalogue raisonnés and texts (copies will be enclosed as added documentation with the invoice accompanying the sale of the work).

1. A Certificate of Authenticity will accompany this work.

About the Framing:
Framed to museum-grade conservation standards, this work is presented in a modern moulding with silk-wrapped mats and optical-grade Plexiglas.

René Magritte was a Belgian Surrealist who developed an instantly recognizable, witty style. Known for putting familiar objects in foreign situations, he will forever be associated with the pipe and bowler hat, as Duchamp and the urinal are permanently related. Some of Magritte's paintings and prints are the most valuable and sought after works in the market right now.

Have one to sell? Sell René Magritte fine art with us

Sell your René Magritte fine art with us. We offer free evaluations. Learn more about selling with us.