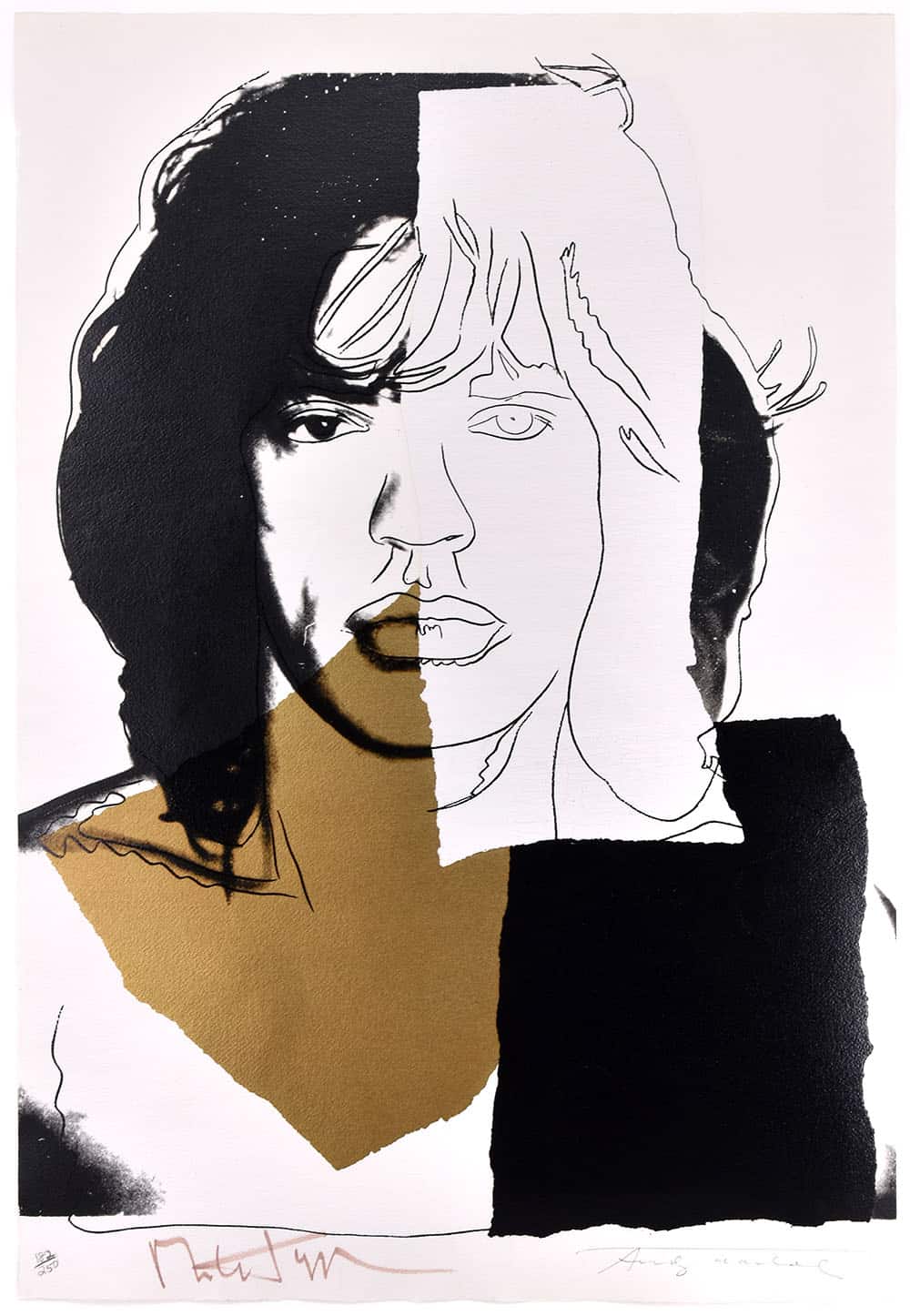 Andy Warhol Mick Jagger, 1975 is a portrait as grand in scale as Mick Jagger's influence on rock and roll music. In this eye-catching piece, Warhol creates a fabulously colorful and abstract work profiling his fellow friend, artist, and musician. Andy Warhol and Mick Jagger first met in 1963 and established a lasting relationship that included both personal and artistic endeavors. From designing cover albums to songs, Warhol was ever the talented artist and Jagger sought his unique take on the world for inspiration. With the characteristic flair, that Jagger so adored, Warhol pays tribute to his friend and patron in this stunning portrait. This arresting work perfectly captures the star presence of the rock musician and the remarkable style of the pop artist.

Created in 1975, Mick Jagger, 1975 is a screenprint on arches aquarelle (rough) paper from a portfolio of 10 Mick Jagger profiles. Numbered from the edition of 250 in the lower left, this work was printed aside from the 50 Artists Proof’s (AP) and 3 Printers Proof’s (PP). Hand signed by Andy Warhol (Pennsylvania, 1928 - New York, 1987) in pencil in the lower right, this work is also hand-signed by Mick Jagger (1943-) himself in pen in the lower left. Printed by Alexander Heinrici, New York and published by Seabird Editions, London.

Catalogue Raisonné & COA:
Andy Warhol screenprint Mick Jagger, 1975 is fully documented and referenced in the below catalogue raisonnés and texts (copies will be enclosed as added documentation with the invoices that will accompany the final sale of the work):

About the Framing:
Andy Warhol screenprint Mick Jagger, 1975 is framed to museum-grade, conservation standards, presented in a complimentary moulding and finished with silk-wrapped mats and optical grade Plexiglas.