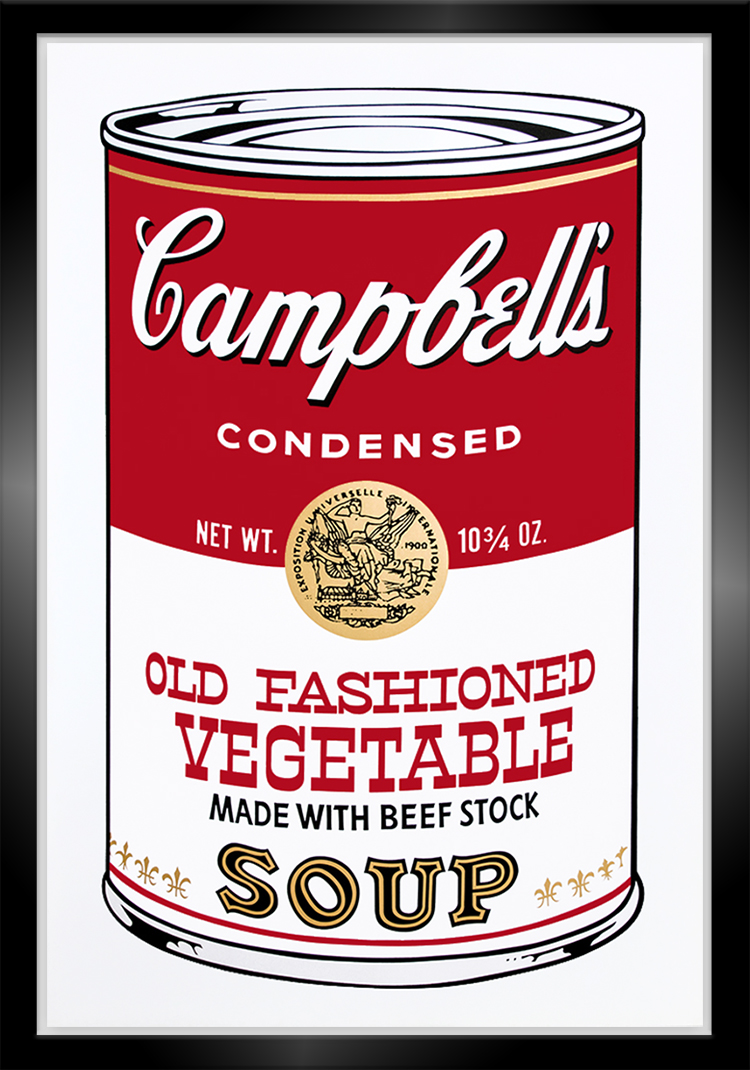 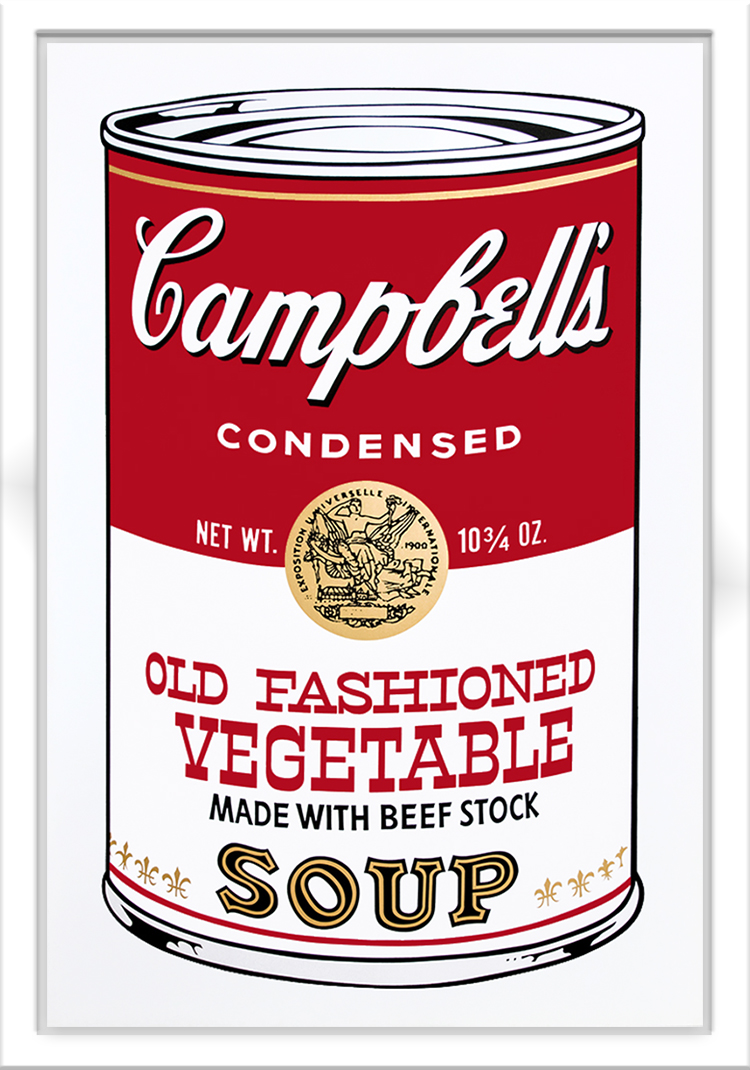 The Campbell’s brand was, and still is, a household name. Warhol is known for his fascination with consumer culture; these works evoke the brand’s advertisements. Warhol also had a more personal connection to the subject. He once stated “I used to drink it. I used to have the same lunch every day, for 20 years…the same thing over and over again.”

Andy Warhol’s Campbell’s Soup II contains ten screenprints, each depicting a different flavor of the brand’s soup. This portfolio focuses on some of the more unusual types of soup that Campbell’s made, and the labels have idiosyncratic graphics added to the typical Campbell’s soup label. Added graphics such as banners and stylized text break up the uniformity of the soup cans, but Warhol’s interest in repetition is still foregrounded in this portfolio’s soup cans’ consistent coloring, and identical heights and widths.

Andy Warhol’s Campbell’s soup cans propelled him to fame. The first series of soup cans was made in 1962 and was painted by hand. Switching to screenprinting for this 1968 portfolio allowed Warhol to make each work more consistent, further mimicking the actual cans of soup they were modeled after.

Drawing on the uniformity of the actual mass-produced object, each screenprint depicts a can of identical height and width, and with near-identical coloring.

Created in 1969, Andy Warhol Old Fashioned Vegetable Soup, from Campbell’s Soup II, 1969 is a color screenprint on Lenox Museum Board and is hand signed in ballpoint pen on verso. It is a unique work of an edition of 250, published by Factory Additions, New York and printed by Salvatore Silkscreen Co., Inc., New York.

Catalogue Raisonné & COA:
Andy Warhol Old Fashioned Vegetable Soup, from Campbell’s Soup II, 1969 is fully documented and referenced in the below catalogue raisonnés and texts (copies will be enclosed as added documentation with the invoices that will accompany the sale of the work).

About the Framing:
Framed to museum-grade, conservation standards, Andy Warhol Old Fashioned Vegetable Soup, from Campbell’s Soup II, 1969 is presented in a complementary moulding and finished with silk-wrapped mats and optical grade Plexiglas.