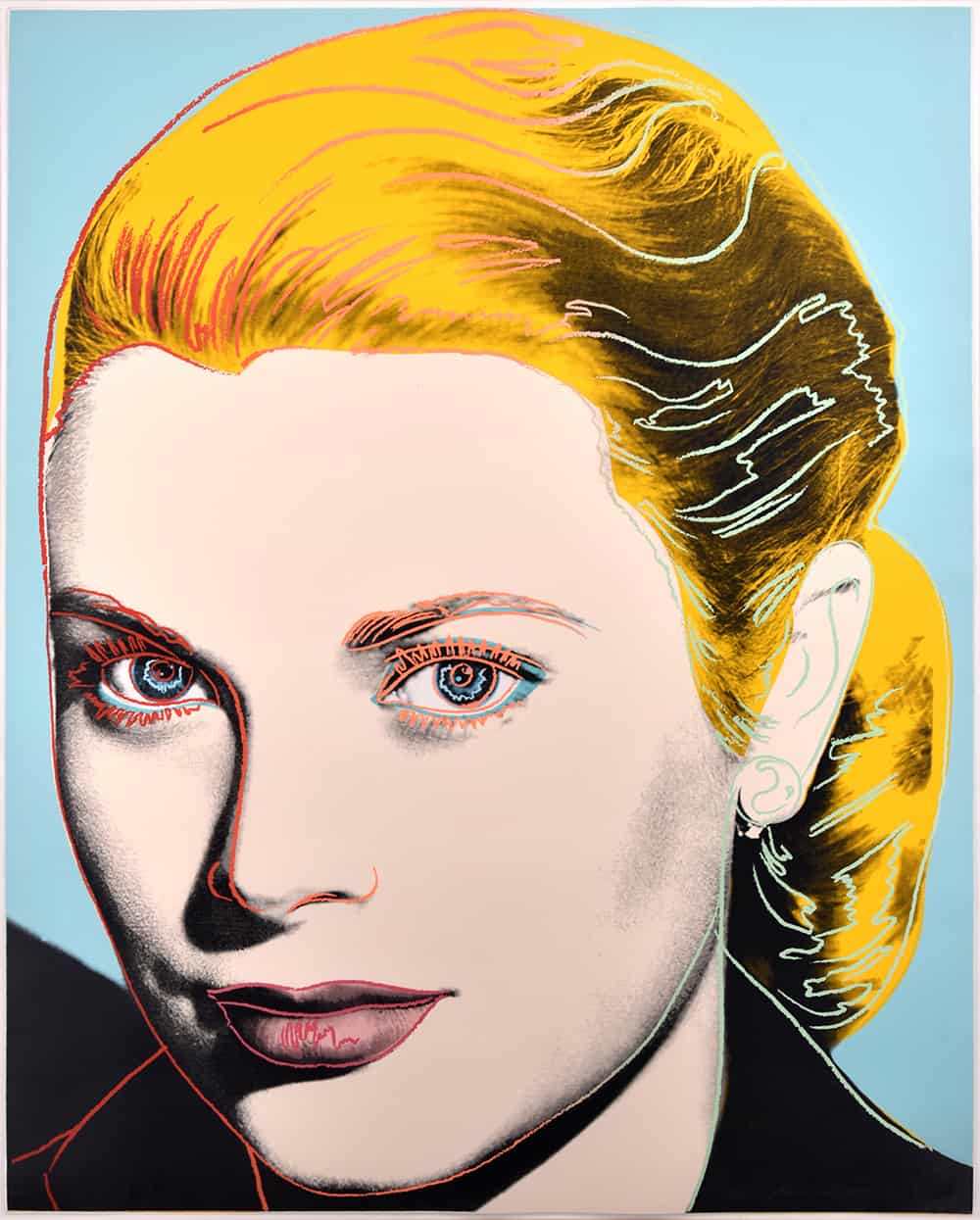 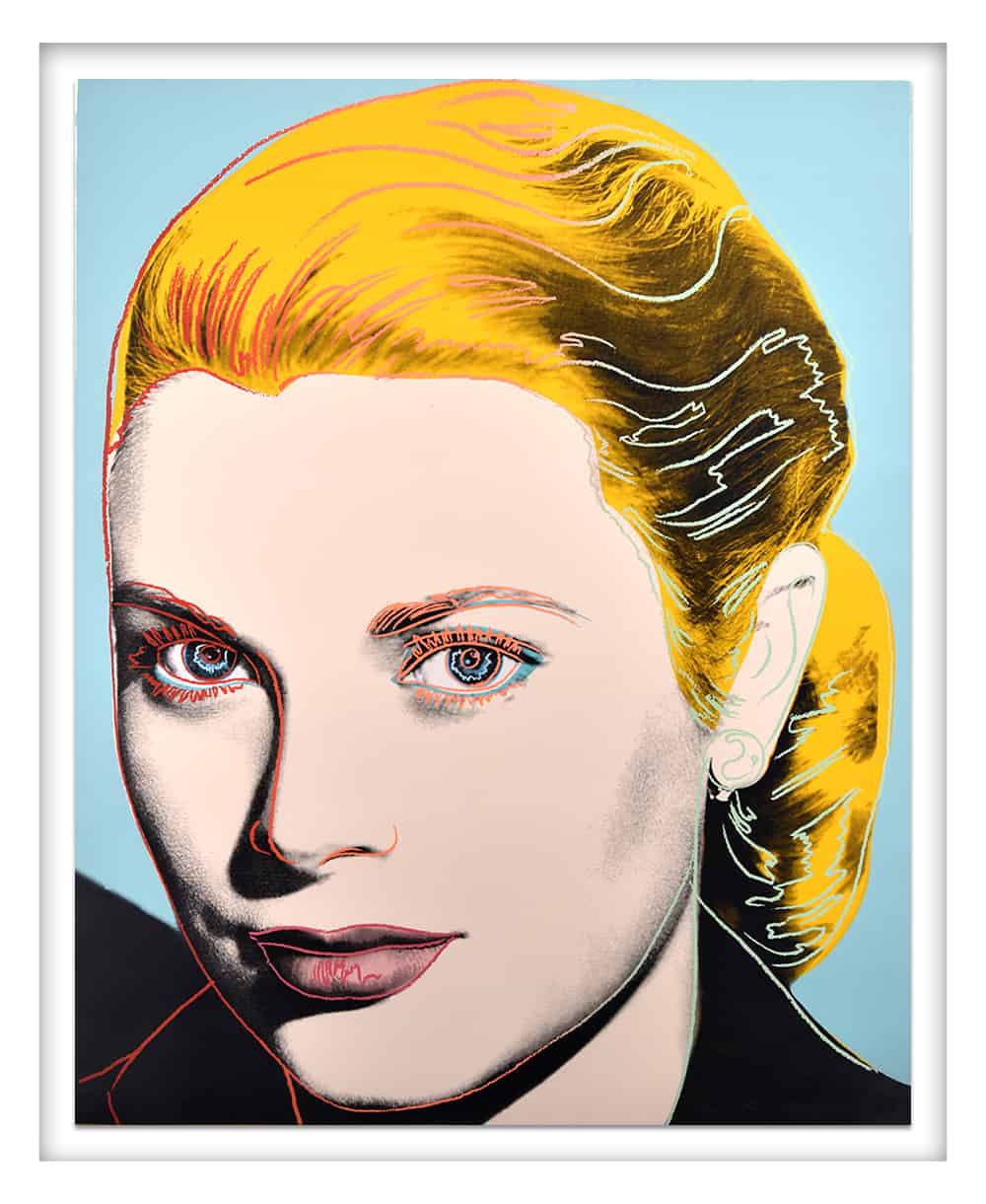 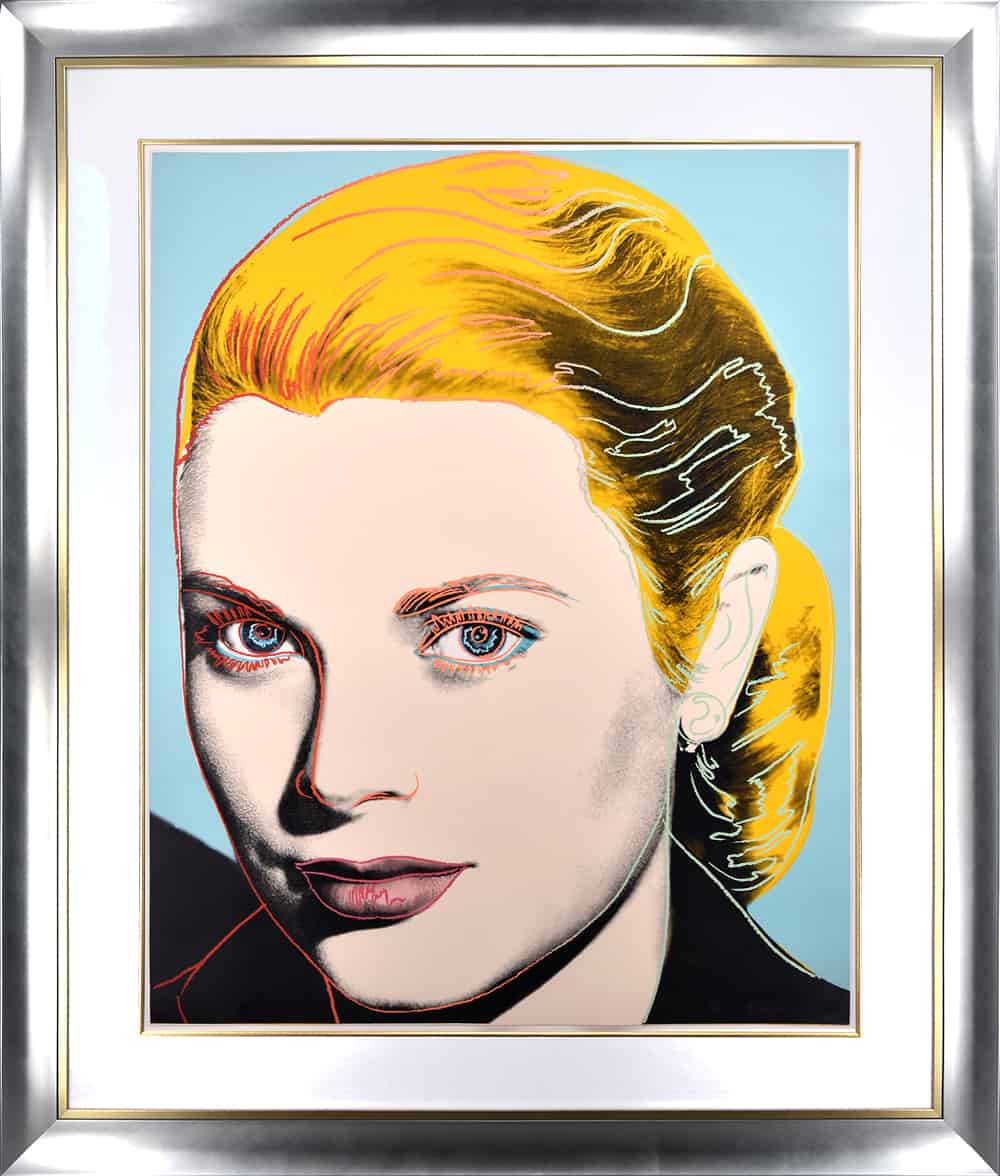 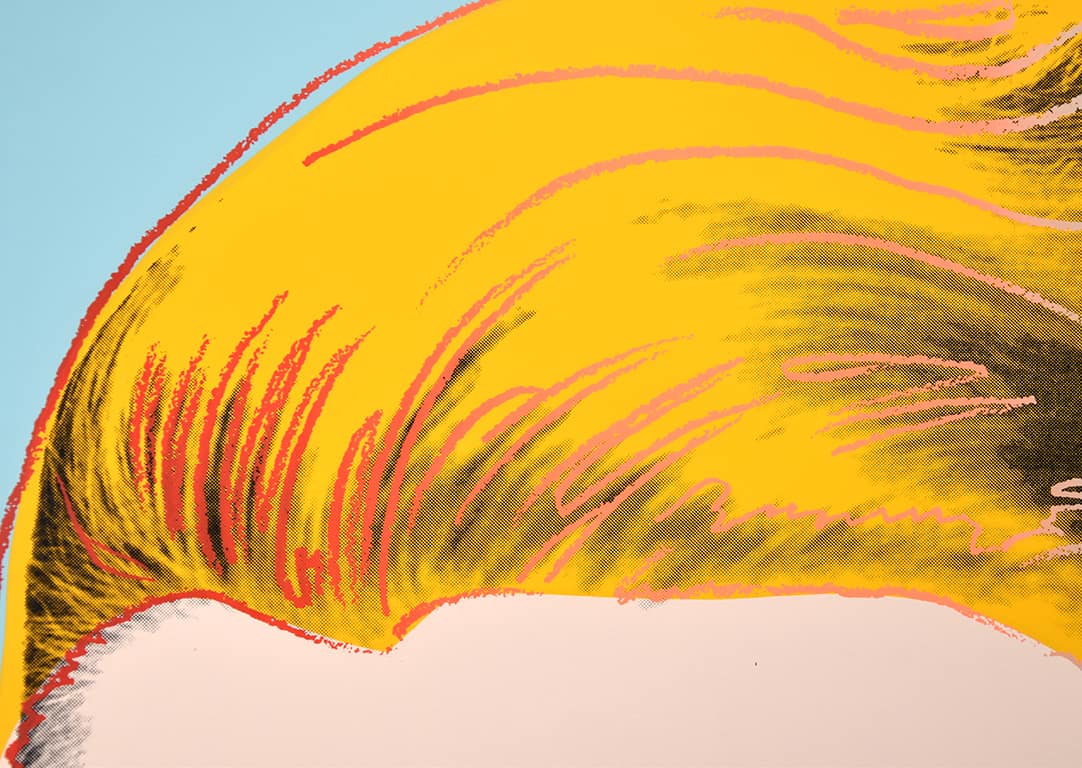 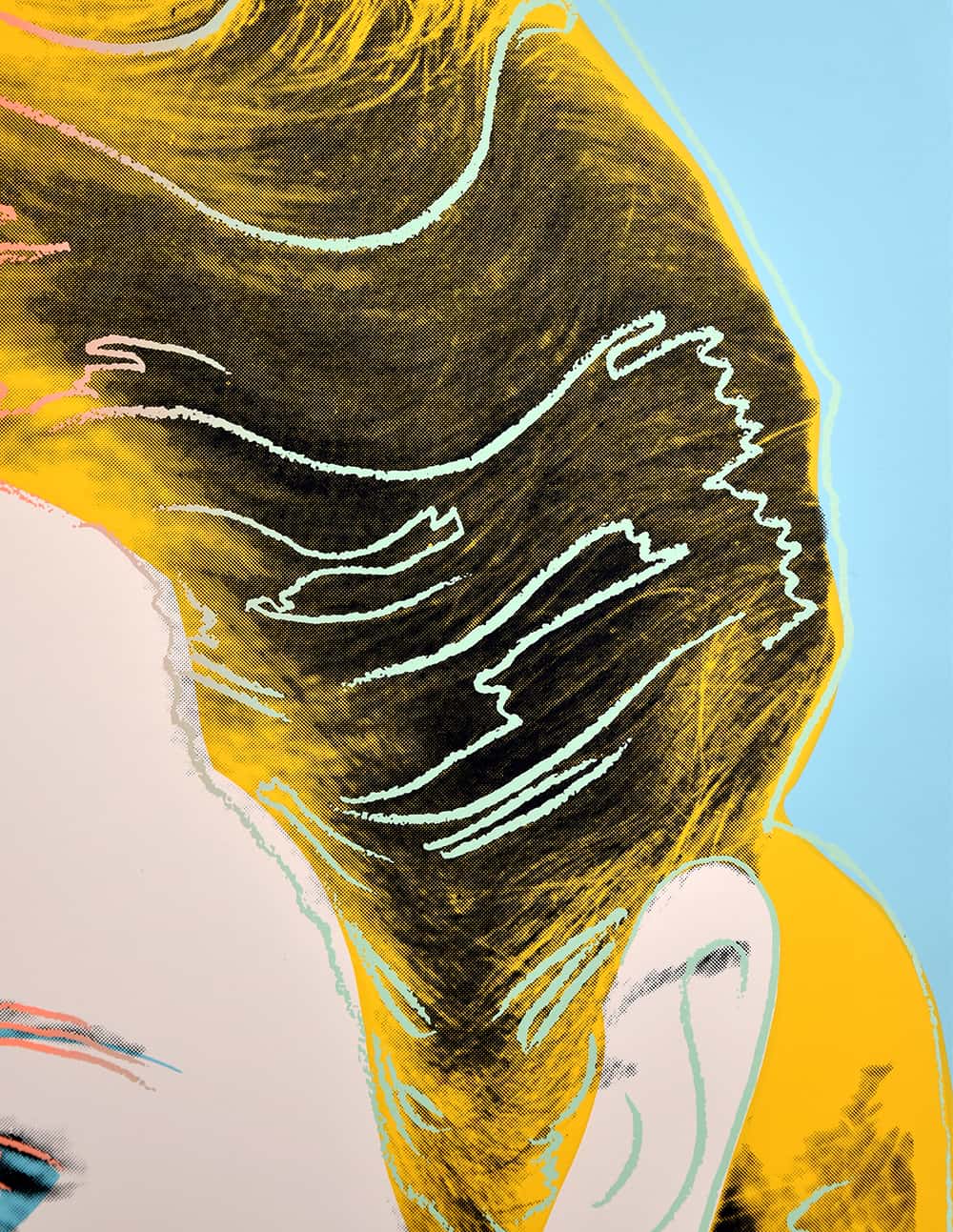 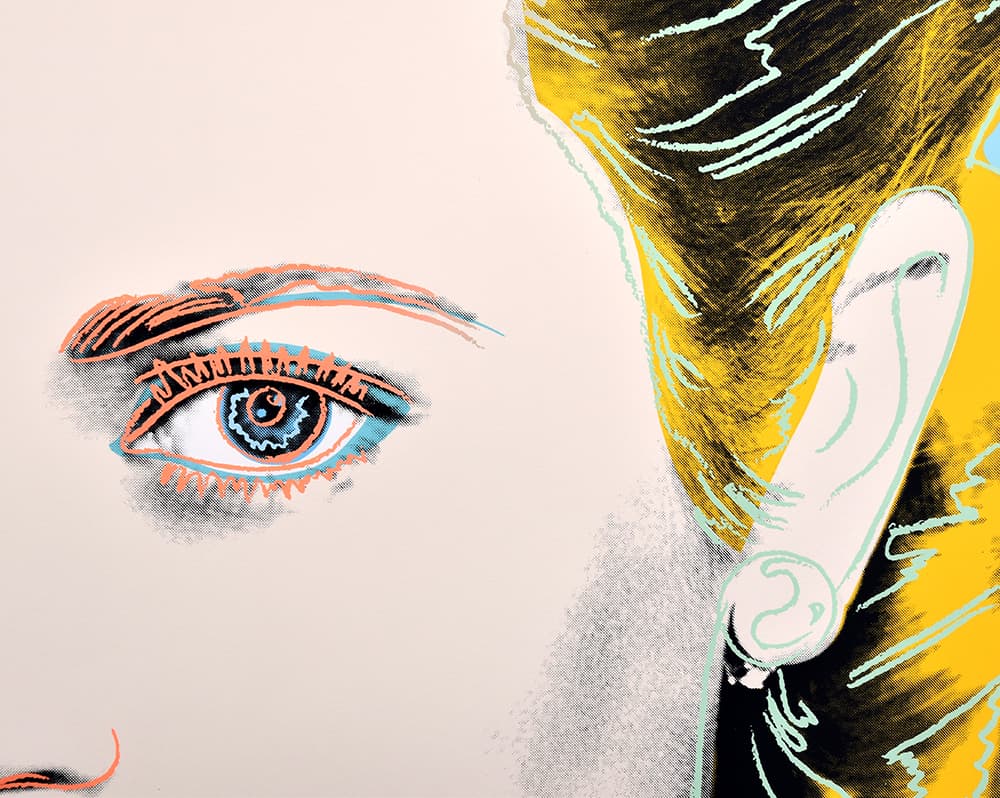 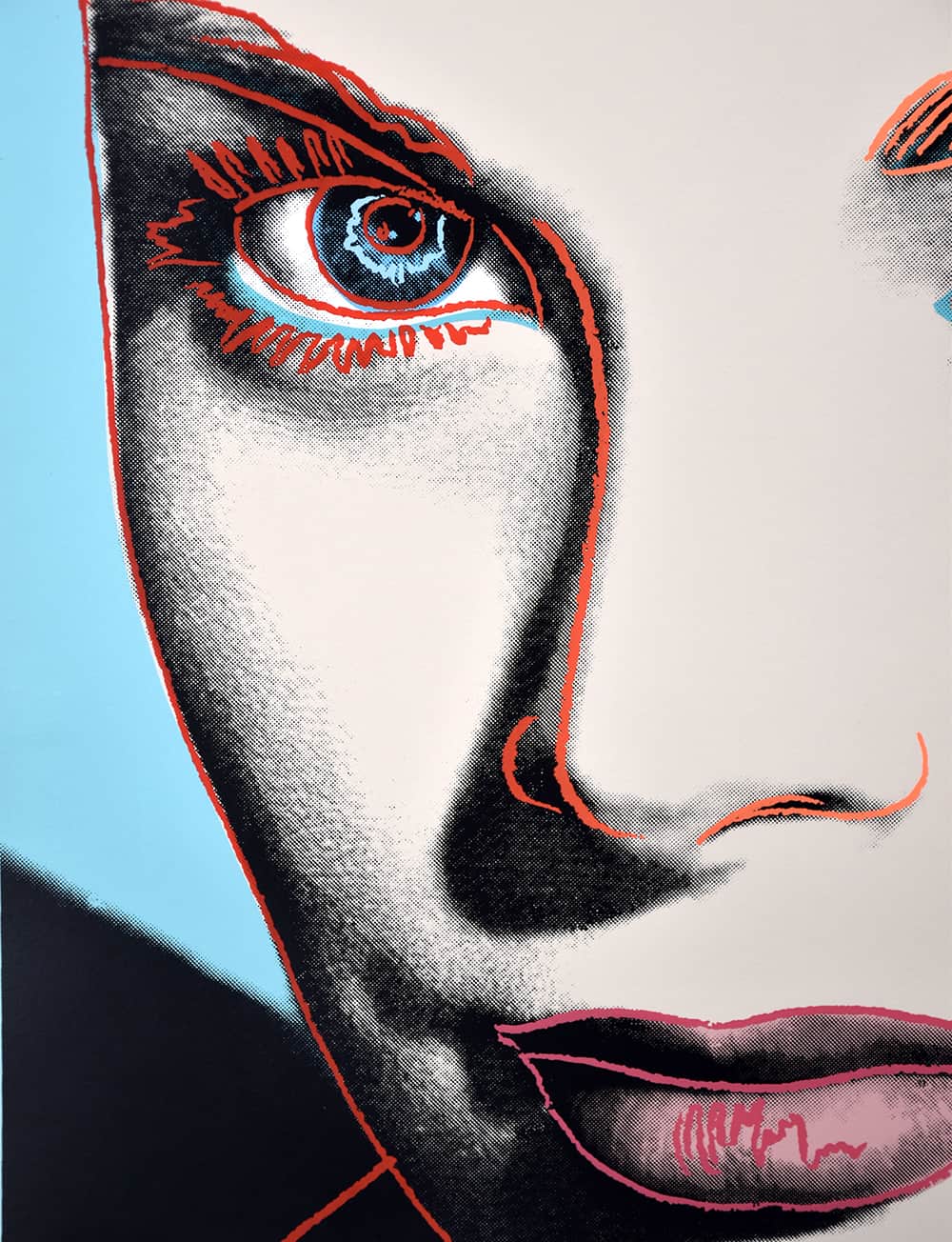 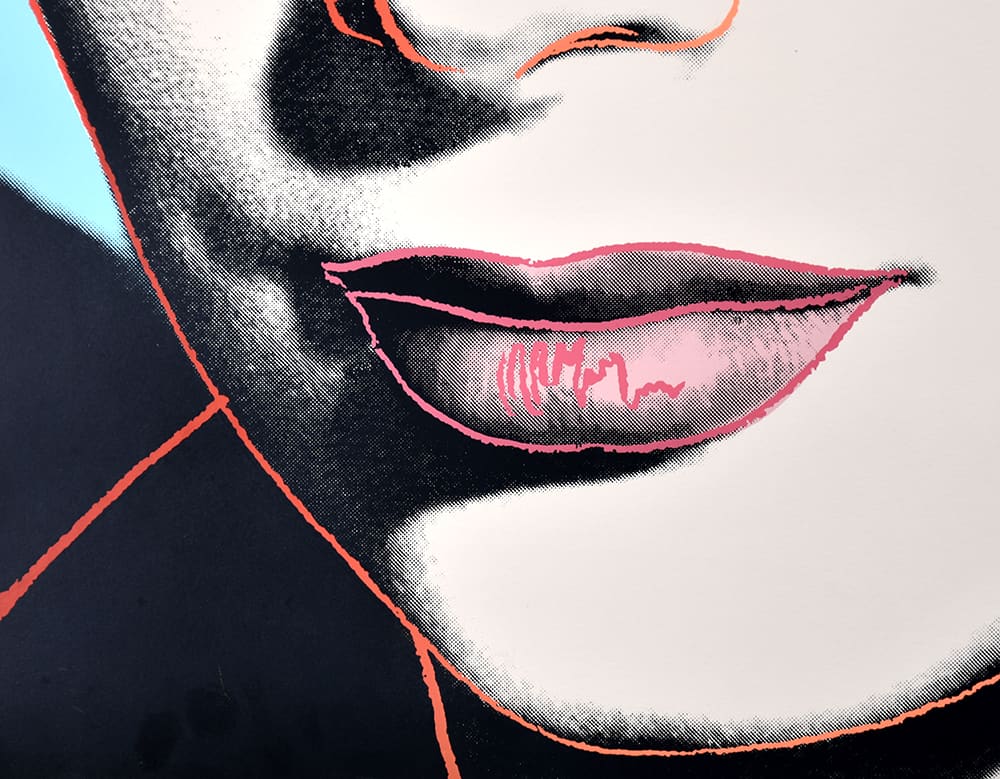 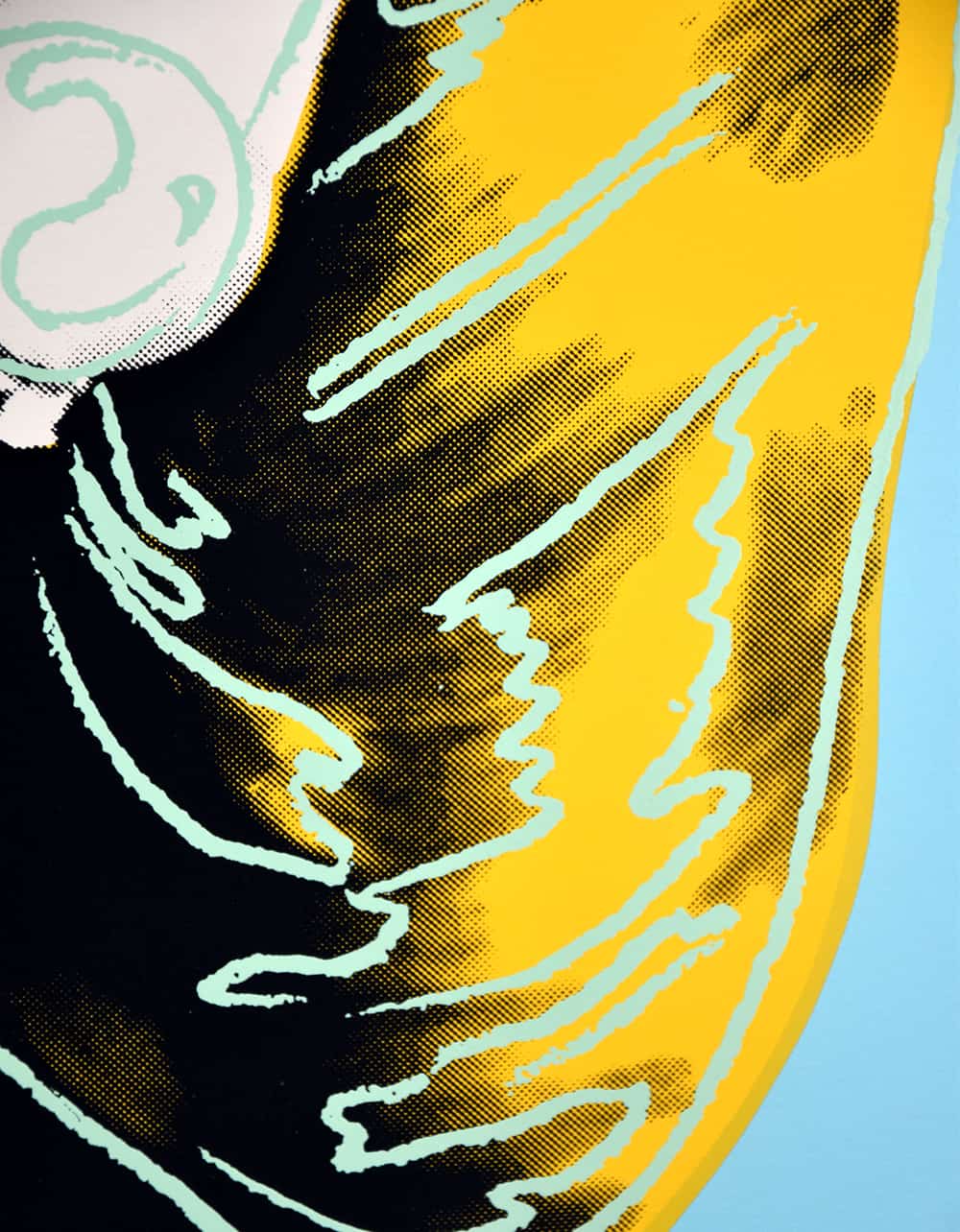 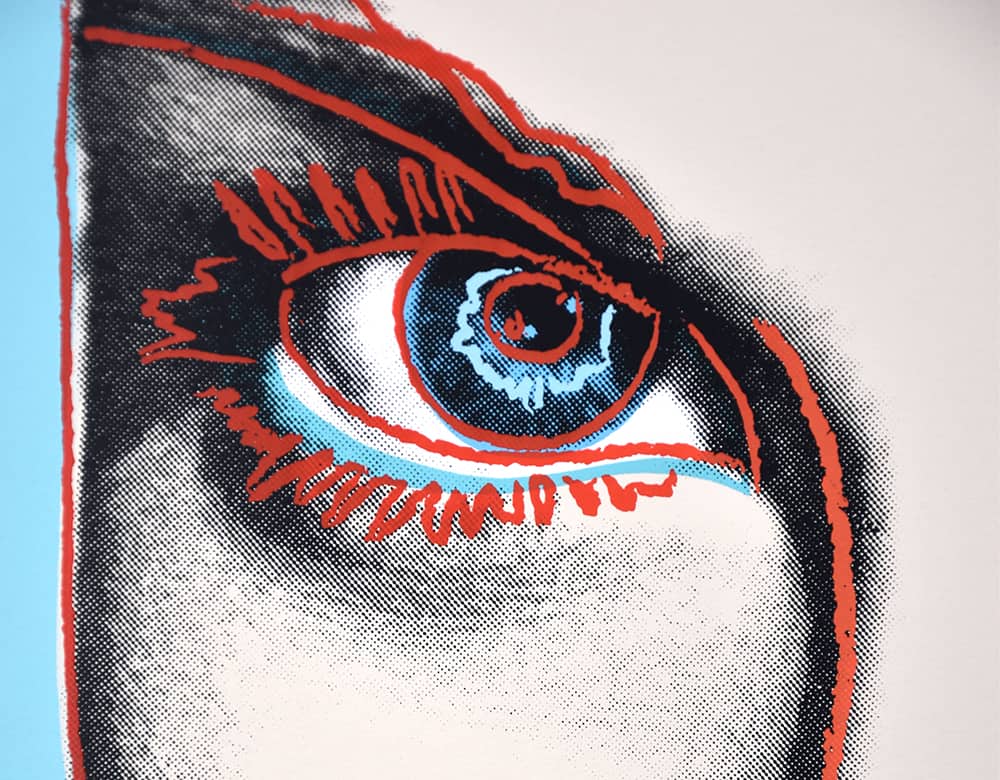 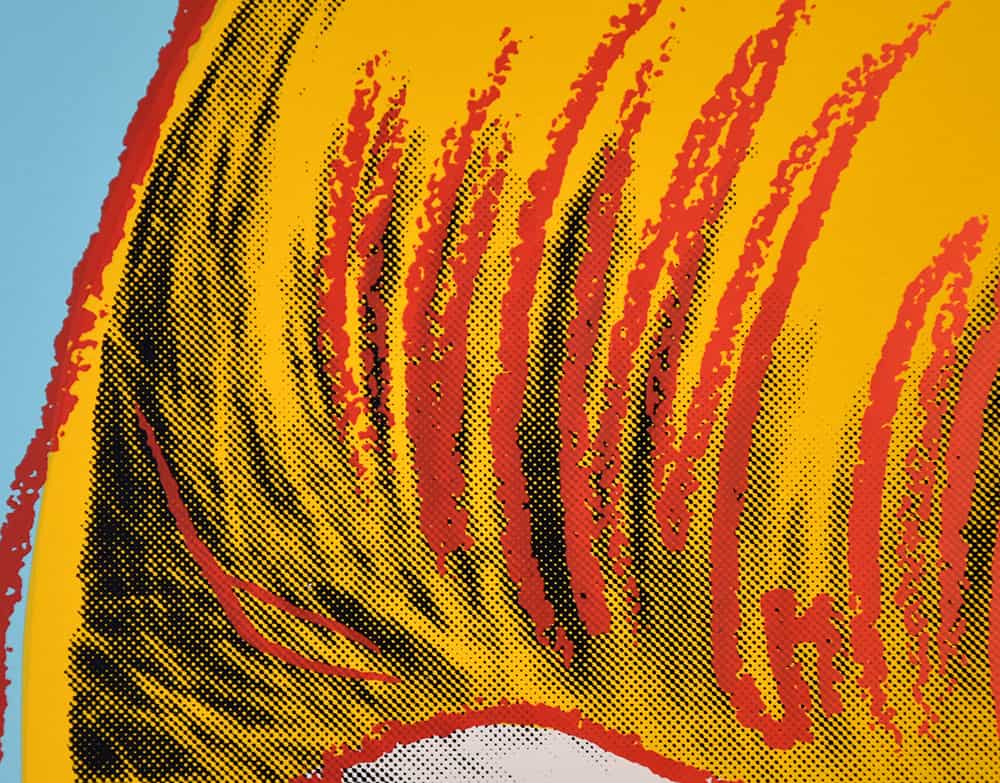 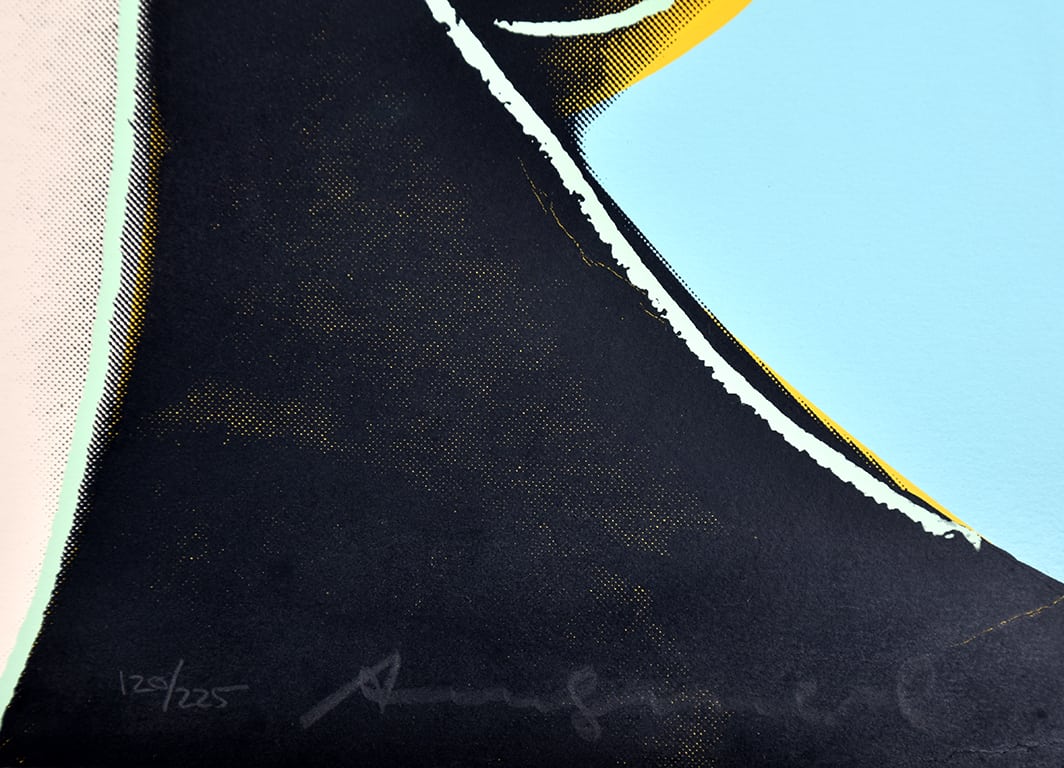 Andy Warhol Grace Kelly, 1984 is an exquisite offering from the pop artist. Grace Kelly’s classic beauty is celebrated in this vibrant portrait. The image is based on a still from the actress’s cinema debut in the film Fourteen Hours, 1951. In a three quarter view, the actress turned royalty stuns the viewer with her feminine beauty. Her famous blonde hair stands out more than anything else in the image, iconized in bright canary yellow. A Technicolor outline traces Grace Kelly’s features, hair and color, her stylized Warhol portrait set against a pale turquoise background.

Andy Warhol Grace Kelly, 1984 was created by the pop artist two years following her untimely passing in 1982. The Princess of Monaco was instrumental in improving Monaco’s arts institution, founding the Princess Grace foundation to bring support to local artisans. Following her death, the Princess Grace Foundation (USA) was established in her honor to continue her mission of supporting emerging artists.

Created in 1984, Grace Kelly is a color screenprint on Lenox Museum Board hand-signed by Andy Warhol (Pennsylvania, 1928 - New York, 1987) in pencil in lower right. This work is numbered from the edition of 225 in pencil in lower right apart from the edition of: 30 Artist's Proofs, 8 Printer's Proofs, 2 Hors Commerce, 50 numbered in Roman numerals, 20 Trial Proofs; printed by Rupert Jasen Smith, New York; and published by Institute of Contemporary Art, University of Pennsylvania, Philadelphia, Pennsylvania, with the consent of the Princess Grace Foundation.

Catalogue Raisonné & COA:
Andy Warhol Grace Kelly, 1984 is fully documented and referenced in the below catalogue raisonnés and texts (copies will be enclosed as added documentation with the invoices that will accompany the sale of the work).

About the Framing:
Framed to museum-grade, conservation standards, Andy Warhol Grace Kelly, 1984 is presented in a complementary moulding and finished with silk-wrapped mats and optical grade Plexiglas.