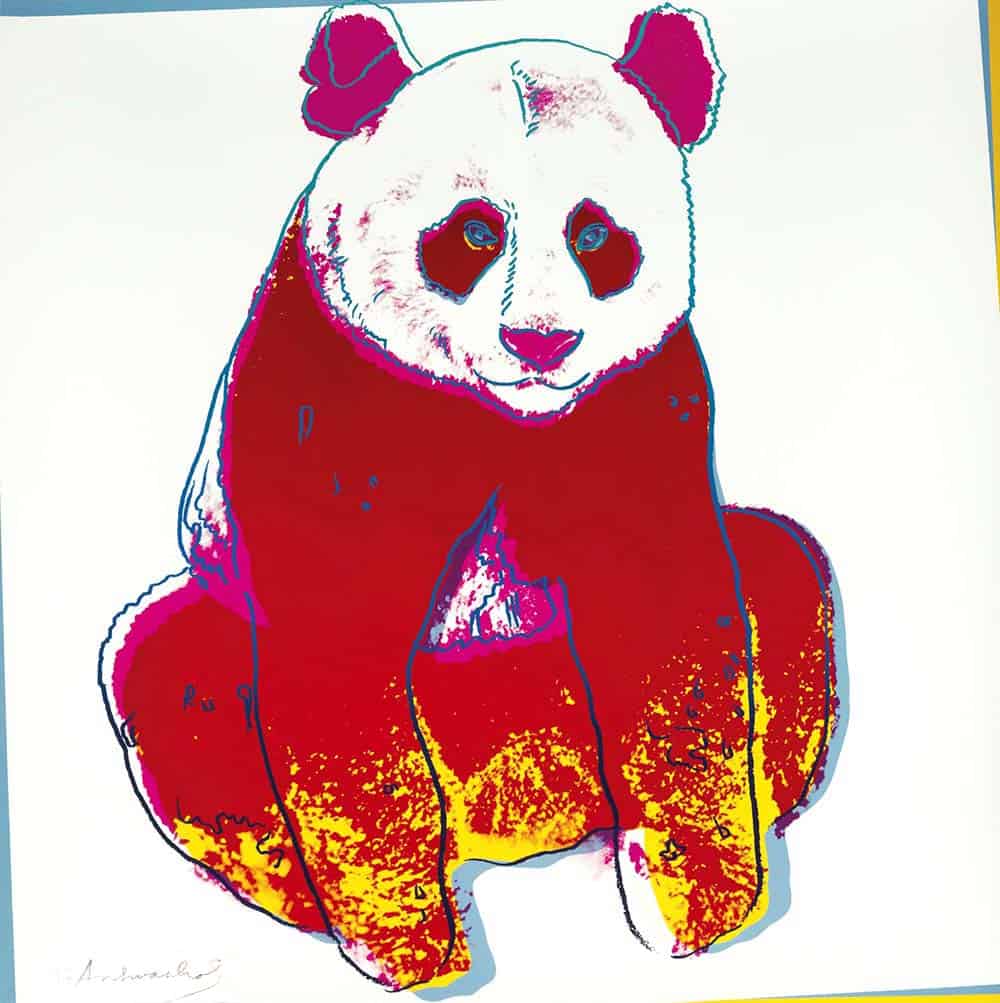 In the case of Andy Warhol Giant Panda, from the Endangered Species Series, 1983, the artist was asked by a group of environmental activists to create a portfolio of endangered species that showed the breadth and variety. Warhol agreed and Endangered Species series was born in 1983. This screenprint shows a very colorful giant panda, created through mostly warm colors - oranges, pinks, and reds. There is some dark outlining of the figure, but the background is white except for a blue-gray shadow that the panda casts. The intense reds coming up the forelegs of the panda are mirrored in the space around the eyes, and together with the concept for the series, create an almost violent color palate. The panda sits placidly - helpless and unable to stop the red from swallowing it.

Catalogue Raisonné & COA:
Andy Warhol Giant Panda from the Endangered Species, 1983 is fully documented and referenced in the below catalogue raisonnés and texts (copies will be enclosed as added documentation with the invoices that will accompany the final sale of the work).

1. Feldman, Frayda and Jörg Schellmann. Andy Warhol Prints, A Catalogue Raisonné, 1989. Listed and illustrated as catalogue raisonné no. II. 295.
2. A Certificate of Authenticity will accompany this work

About the Framing:
Andy Warhol screenprint Giant Panda from the Endangered Species, 1983 is framed to museum-grade, conservation standards, presented in a complimentary moulding and finished with silk-wrapped mats and optical grade Plexiglas.